a site to visit

The Notre-Dame-des-Fontaines sanctuary has a large fresco of the Christ Passion inside. The paintings were made by Piedmontese artists in the 15th century. The colors and the dramatic to macabre depictions make this chapel unique. The panels read like a comic strip.

La Brigue does have a train station, but it is west of the village and the chapel is even further east of La Brigue. However, there are mainy trains, see the possible connections under TER PACA (only french), look for line Nice-Breil-Tende.

From the train station you first have to go to the village, through it and back out into nature to the east south of the La Lavensa stream. This is how you get to a marked path far away from the road, which leads to the Notre-Dame-des-Fontaines chapel. It takes a little over an hour one way, it's almost 5km.

The trail passes two other sights: the bridge Pont du Coq and a former lime kiln. The route and these points are noted on the map on this page.

From Nice, take the direction of Sospel and Col de Tende. After St. Dalmas, the road to La Brigue branches off to the right. Pass the village to the north and continue towards Morignole, but before that turn right towards the Sanctuaire ND des Fontaines. You drive up to a wide hairpin bend, which is also the parking lot for the chapel. On foot you continue straight ahead.

Admission costs around EUR5. The chapel is only open from mid-April to mid-October, but is open every day of the week in this period. However, there is also a lunch break between 12:30 and 14:00. It is better to come early in the day, not in summer and during the week, because several tourist buses can arrive here at the same time.

The interesting part of the chapel is inside, so there is not much to come outside of opening hours.

The first chapel was built in the 12th century. At that time there were earthquakes, which dried up many springs in the area. With the construction, it was hoped that the springs would give water again. Of course, the water began to flow as soon as the chapel was built, which led to regular pilgrimages to this deserted valley. Towards the end of the 15th century, a new church was built with the generously collected donations, and the frescoes, which can still be seen today, were commissioned.

The paintings extend over 220m² in the nave, they are divided into 25 individual panels and represent beliefs and misconception of a not so distant time. They were completed in 1492 and have never been renovated since.

The previously dark chapel was elevated in the 18th century, you can see the baroque extension in the upper area.

Photo by Mmo75 (source) under licence CC BY-SA 4.0 taken on the reference day 16 August 2018 and reproduced under the the same conditions here. The reproduction is possible if the authors are named and this license is applied. (id2200) 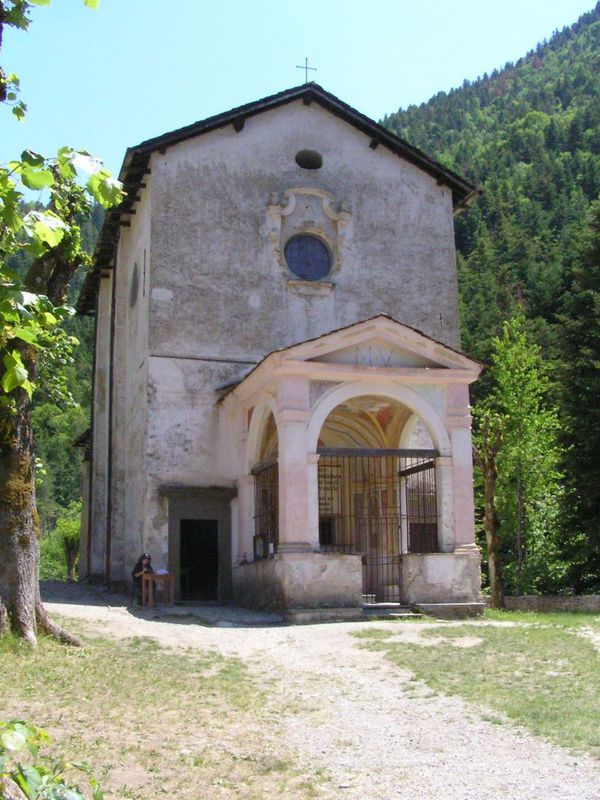 Photo all rights reserved © by André M. Winter. Photo taken 2011 during our field research for Provence-Guide.Net.
No reproduction is permitted without the written consent of the author. (id2213) 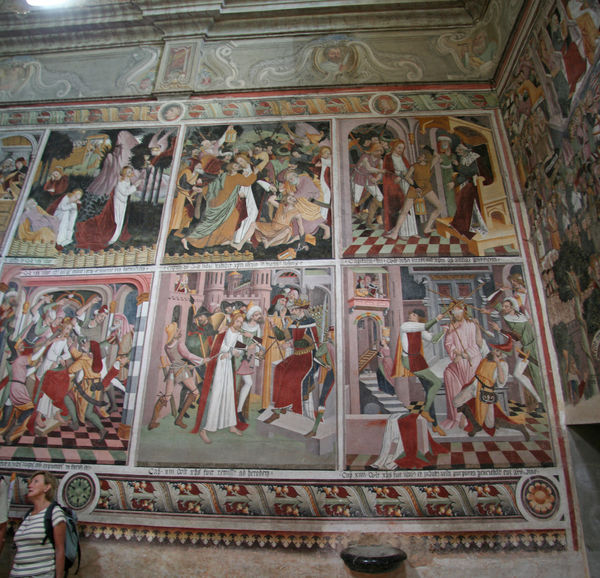 Photo by Mossot (source) under licence CC BY-SA 4.0 taken on the reference day 16 August 2018 and reproduced under the the same conditions here. The reproduction is possible if the authors are named and this license is applied. (id2202) 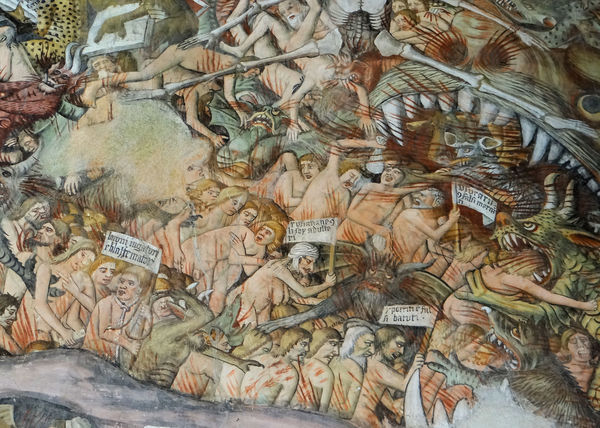 Photo all rights reserved © by André M. Winter. Photo taken 2011 during our field research for Provence-Guide.Net.
No reproduction is permitted without the written consent of the author. (id2211) 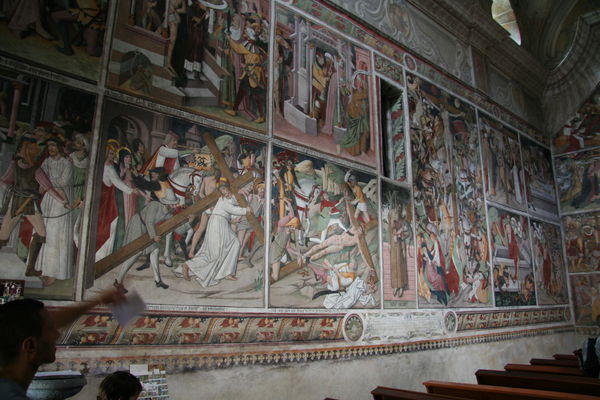 Frescoes on the left in the Notre-Dame-des-Fontaines chapel

The information about this site was collected with the greatest care in 2011. Nevertheless, all information is provided without guarantee. Should you find any errors, please contact the author of this site, thank you!